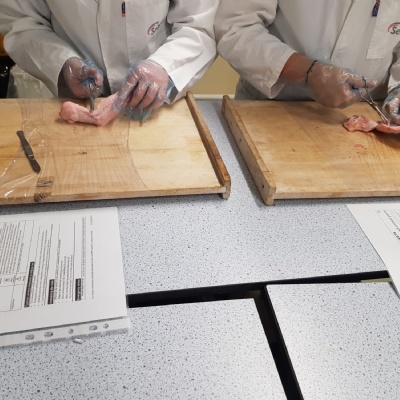 Please enter an introduction for your news story here.

The Dissection Club run by Mr Midgley and Miss Leo had its first meeting on Thursday the 18th of October, and was attended by pupils from years 10 and 11.

It started with a quick run-down of how the club would work, how it would be split into alternating weeks of theory and practice, and the rules for attending the club.

This being the first meeting, it would be both theory And practical, so all attendees knew what they could expect in the coming weeks.  The theory presentation (kept short for this first session) explained some of the science behind the subject for the day’s practical – a chicken wing!  It also covered the steps the club would be following to dissect the wing.

Following the theory, it was time to get underway!  Each stage was accompanied with a demonstration from the teachers on an example wing.  First the chicken skin was carefully removed to show the muscles.  Next the way that the muscles and tendons work to move the joints was looked at, and one such muscle (with its tendon) was removed intact.  Finally, all the muscles were removed leaving just the bones held together with the ligaments.  The similarities and differences of the wing bones to the ones in human arms were examined, with attention to how it shows the common evolutionary history between us.

That concluded the club’s first meeting, we hope they will continue to be well received! 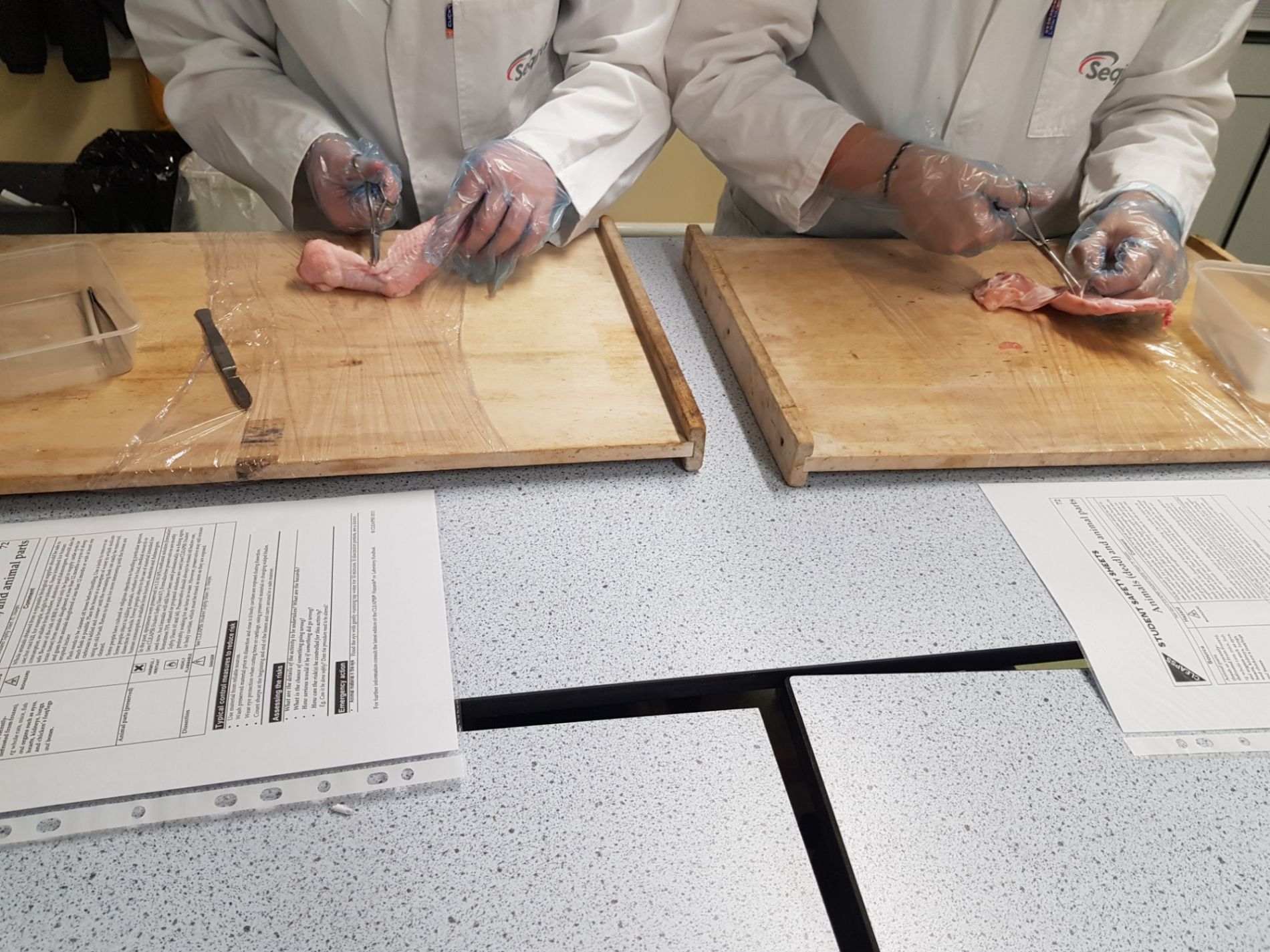