Those of you who were able to attend assembly yesterday would have seen our brave year 7s holding a debate around the statement...

Those of you who were able to attend assembly yesterday would have seen our brave year 7s holding a debate around the statement: ‘True freedom of speech has no place in a modern society.’ This week is Parliament Week around the country so as a school we will be having a vote to see who is for the statement and who is against it.

True freedom of speech has no place in modern society.

This house believes that true freedom of speech has no place in modern society. We have laws to a certain degree because we believe that some language can be racist and offensive to people. In America you can call people names and threaten people, however in the UK we think this is unacceptable and if somebody did use language like this they would be put in prison because it is so hurtful to our people. In some countries there is no freedom of speech and if people do express their opinion in these places they will be put in prison because the government don’t like it. There have been lots of people who have fought for freedom of speech like Malala who was shot in the head because she was fighting for women’s rights for education. Luckily she survived this. Martin Luther King Junior also gave his famous speech ‘I have a dream…’ and finally Emily Pankhurst who threw herself in front of a horse just for women’s rights during WW1 because women couldn’t vote. Although all these things are great we can only say it to a point because if we did have true freedom of speech this could cause a race war. I wouldn’t like to live in a world like that, would you?

I agree with the statement that true freedom of speech has no place in modern society because if we had true freedom of speech we would just fall apart. Although we do need freedom of speech we would turn into America where they have the KKK, the Klu Klux Klan, and the modern day Black Panthers. These are two groups of people who strongly believe in their race or culture. They believe so strongly in their race or culture that they would threaten or even kill for their beliefs. The KKK sought to restore white supremacy by using threats, violence and even murder.

I believe that there’s no place for true freedom of speech in modern society. I understand that it is very easy to say something about someone’s colour or beliefs or anything that makes them different but what you might not think about is that it is mean to say and can hurt people’s feelings. In modern society, in the UK, we have freedom of speech to a degree however there are laws around this to protect people from hate filled speech. If we had full freedom of speech then with the society we have today it could cause a huge war. Like Zoey mentioned, in America there is a group called the KKK who fight for white supremacy and want a race war. Because a boy named Dylan Roof, aged 21, believed so strongly in the KKK’s ideas he went into the Emanuel Methodist Episcopal Church in Charleston, South Caroline and shot 8 black people whilst they were praying. Since America has full freedom of speech if had had just threatened them he wouldn’t have been put in prison. Can you imagine a society like that? Nowadays there are a lot of different beliefs, there are a lot of different hair types and there are a lot of different coloured skin tones. You wouldn’t be able to leave your own house without someone either confronting you about what makes you different or pointing and laughing at you. Would you want a life like that? I know I wouldn’t. 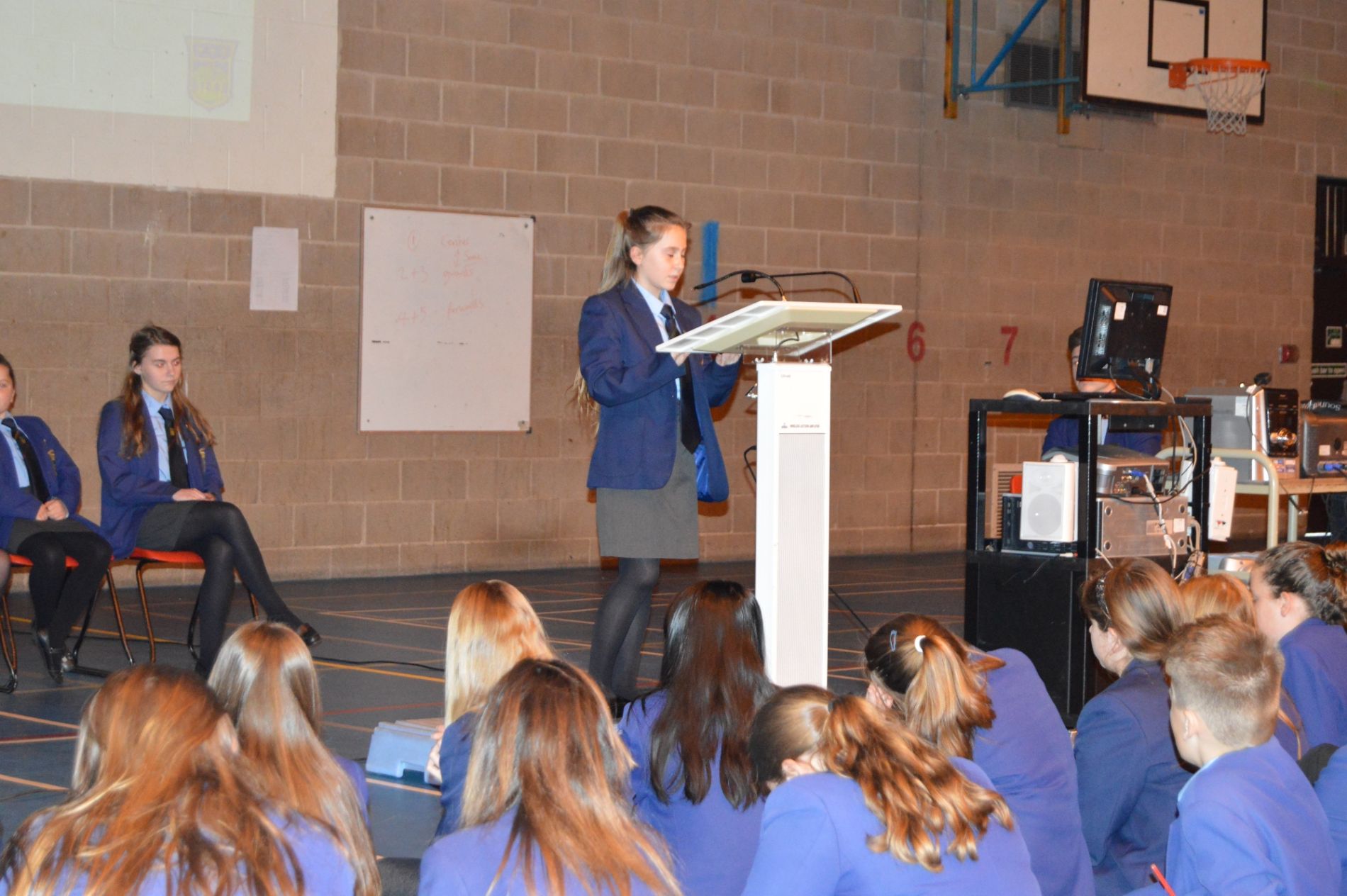 However we disagree with the opposing house. We believe that true freedom of speech should have a place in modern society. It’s true that we can say things that we want to say but we will be ready to have it said back to us. However it is my opinion that people have a right to say whatever they want to say. No one has the right to stop them. You may not like some of the opinions but this is absolutely no reason to have the government trample on people’s rights. In Saudi Arabia a man named Raif Badawi was flogged 50 times in public. He has 950 lashings left and nearly a decade left to serve in prison simply just for blogging about free speech. Should we be punished for saying what we want?

I strongly believe that people should have the right to express what they want to say without boundaries but the person who is saying it needs to accept the same language back. However it is my opinion that it is crucial to have freedom of speech when having a political debate that happens in the House of Commons because we need to be able to hear the opinions of others. Also it is true that freedom of speech is a human right that we should use instead of ignoring it like many other countries and that is unacceptable to get punished for having an opinion. Is that how we want our country to be?

I believe that true freedom of speech should be in Britain. It is true that we could hurt people by saying that we want but we should be able to make a judgement of if what we say is suitable. On average there are 8 million people if a different race in Britain and nearly every religion you could think of this may be why we do not have free speech because we may have a race war. As Abbie mentioned free speech is a human right and has been since 1948. Would you like to have no right in what you believe?

I know you have heard from the other house that freedom of speech has no place in a modern society because of the Charleston church shooting and the KKK (Klu Klux Klan) and the Black Panthers. The other house have made it look like it’s all about racism. But it’s not. And this is why.