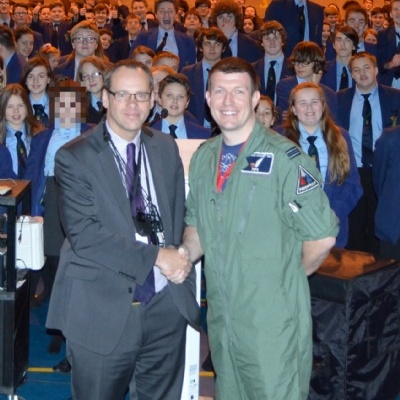 RAF officer and Britain’s Manliest Man, Alun Pepper, came to visit us last week to speak about his life and his battle with testicular cancer.

RAF officer and Britain’s Manliest Man, Alun Pepper, came to visit us last week to speak about his life and his battle with testicular cancer. Having survived the disease himself, he is now a spokesperson for testicular cancer and recently appeared on GMTV.

The whole school attended the assembly, in which he spoke candidly about his life experiences. Alun spoke about the difficulties he faced trying to join the RAF and how he had to reapply 3 times for them to accept him. His desire to join came from watching Top Gun, and up to that point in his life he had no idea what he wanted to do. He emphasised to the children that it’s ok if you don’t know what you want to do but as you have to turn up at school every day anyway, you should be motivated to do your best in everything. 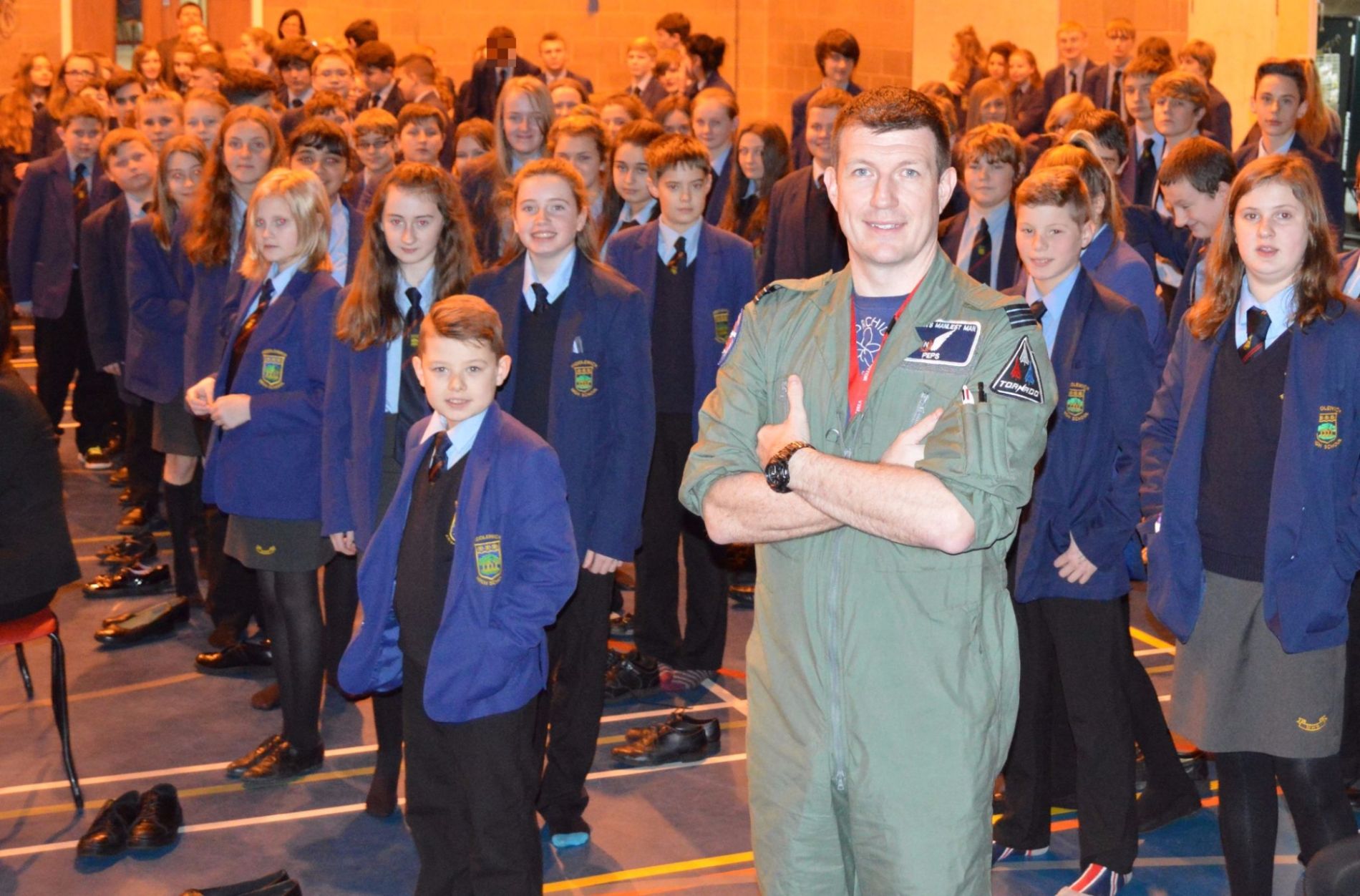 He spoke about finding out he had testicular cancer and he encouraged the boys to be aware of their bodies and to check themselves, just like a woman has to. He also encouraged the girls in the audience to go home and speak about it with the male members of their families. He had a clear message of hope, motivation and dedication, which are all values we look at throughout the academic year. 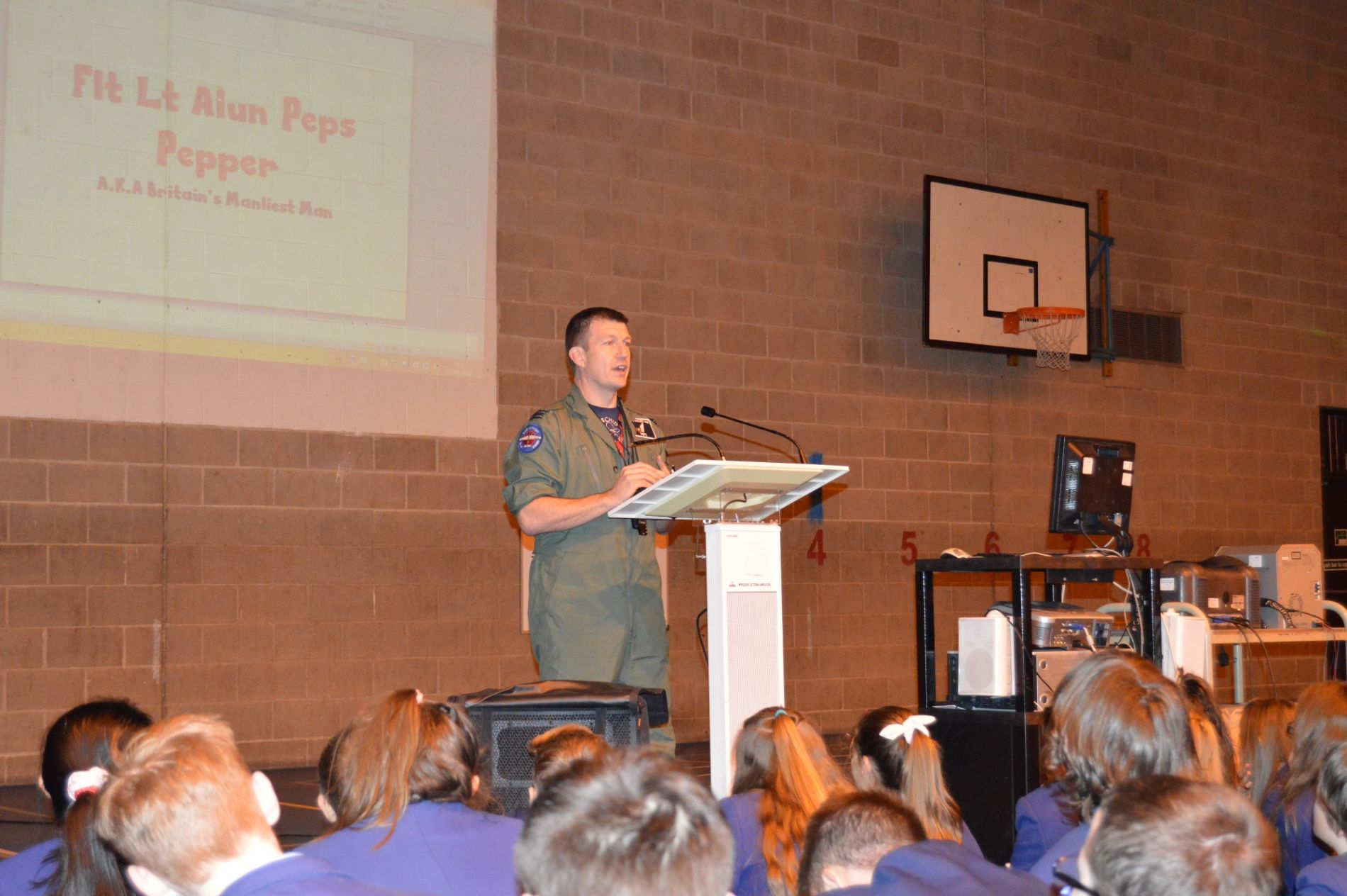 Alun then ran a question and answer session with Year 10. Students were very engaged and asked questions such as: ‘what qualifications do you need to join the RAF?,’ ‘what does your job involve?,’ and ‘what has been your worst experience on a mission?’. Alun was very open about all of his experiences and the pupils gained a lot from the session; some stayed behind to discuss possible RAF careers.

Many thanks to Alun for a truly inspiring visit! 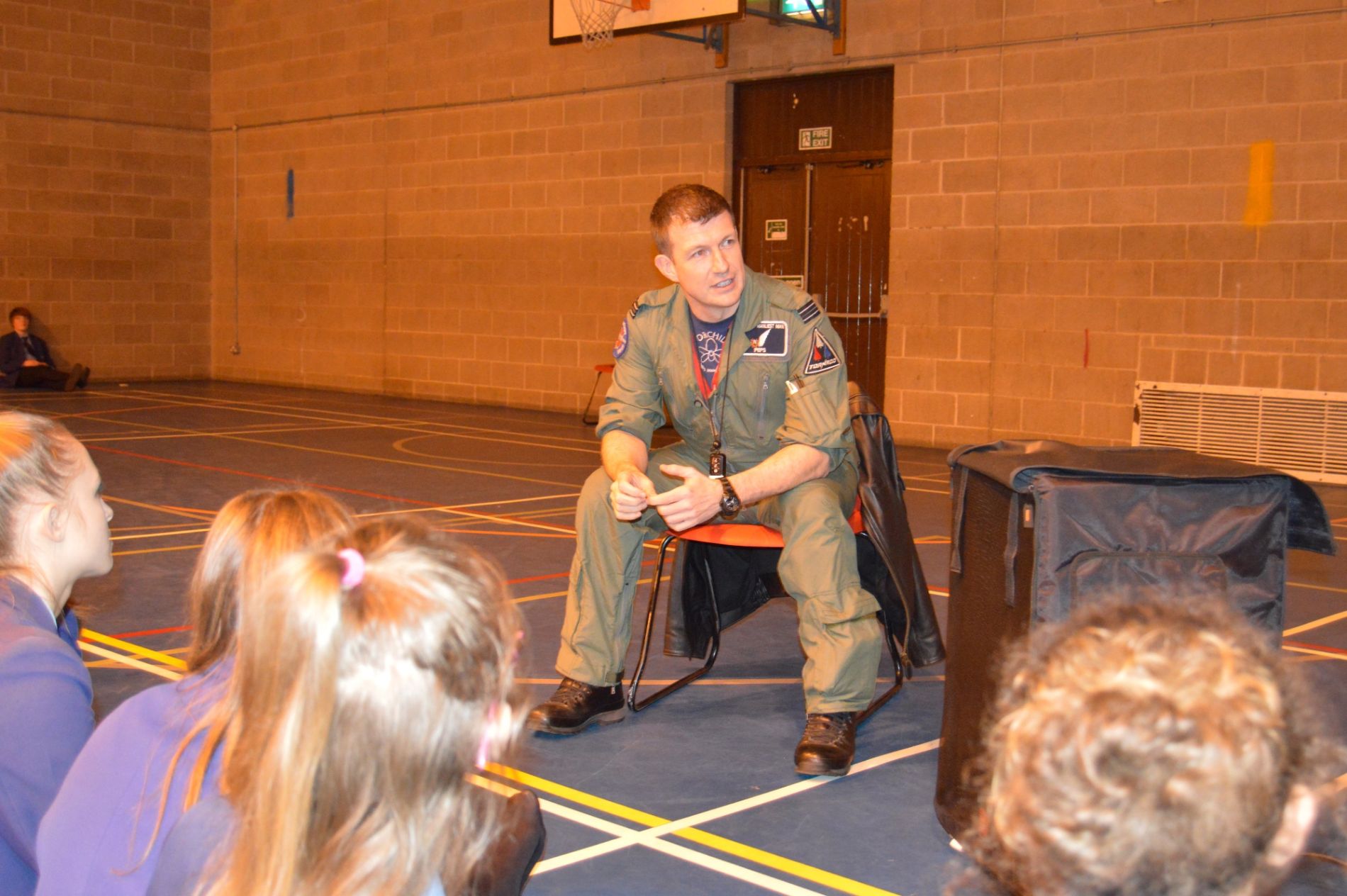