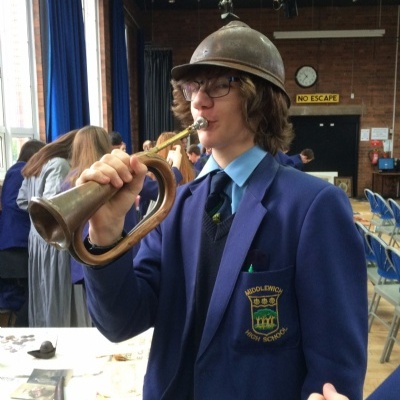 On the 14th of January 2016 we had a rare and special opportunity to learn in detail what happened during the First World War.

"On the 14th of January 2016 we had a rare and special opportunity to learn in detail what happened during the First World War. A good friend of Middlewich High School, Mr King, who owns a great deal of original artefacts, gave Year 9 a talk on items in his collection. He told us that ‘each piece has its own story’! We were very lucky to get so close to Mr King’s rare collection. We were also allowed to hold each artefact and even try some clothes on .

Mr King got many of the students involved, inviting us to act out certain roles! These included: village boy, soldiers of all ranks (both English and German) and nurses. We felt this was a privilege as Mr King comes every year to Middlewich High School and this is the 10th year he has given Year 9 students this opportunity. I would personally like to thank Mr King for his inspiring talk on World War One and I hope that many other students are able to experience his wonderful collection of artefacts in the future." 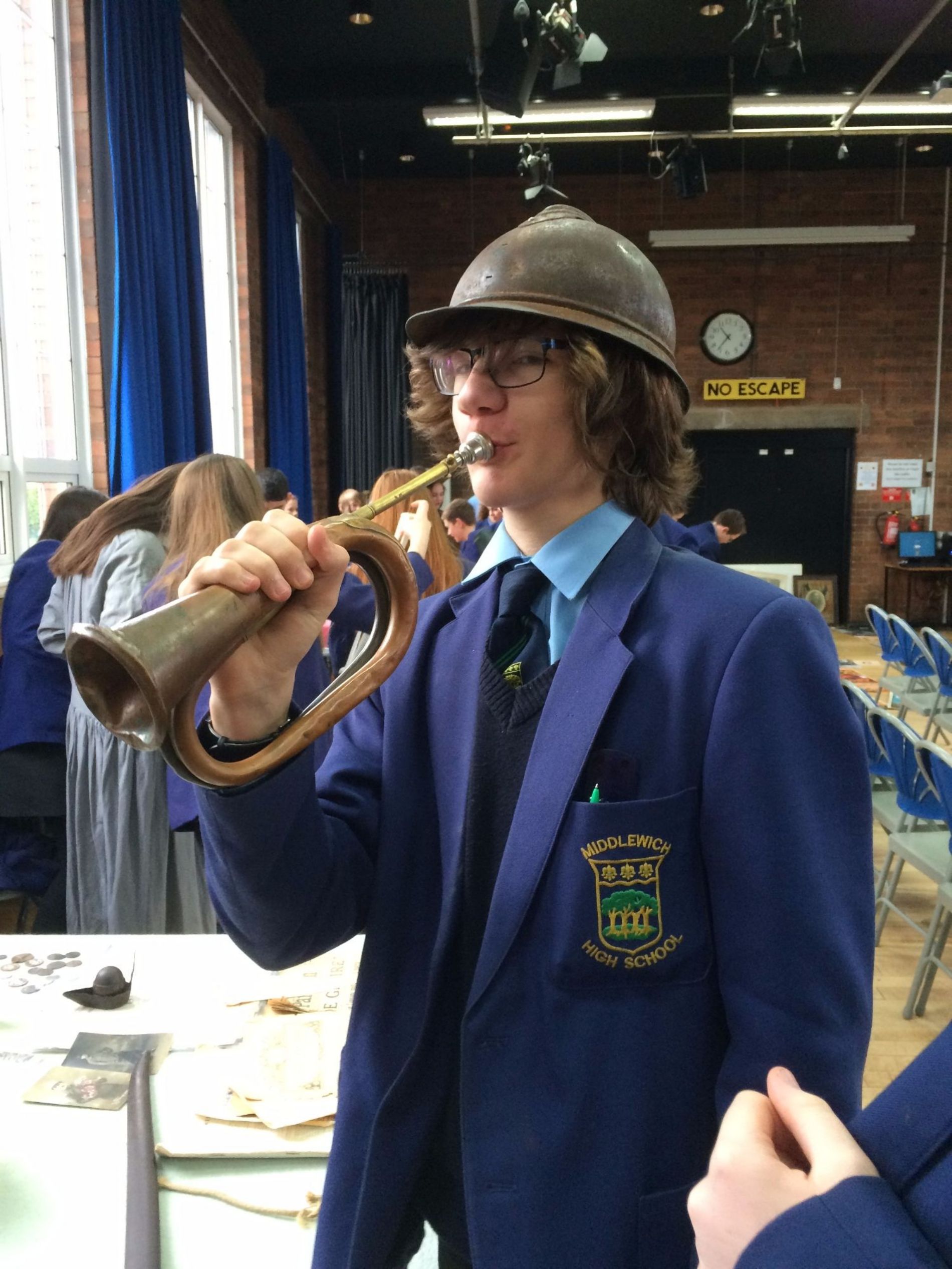 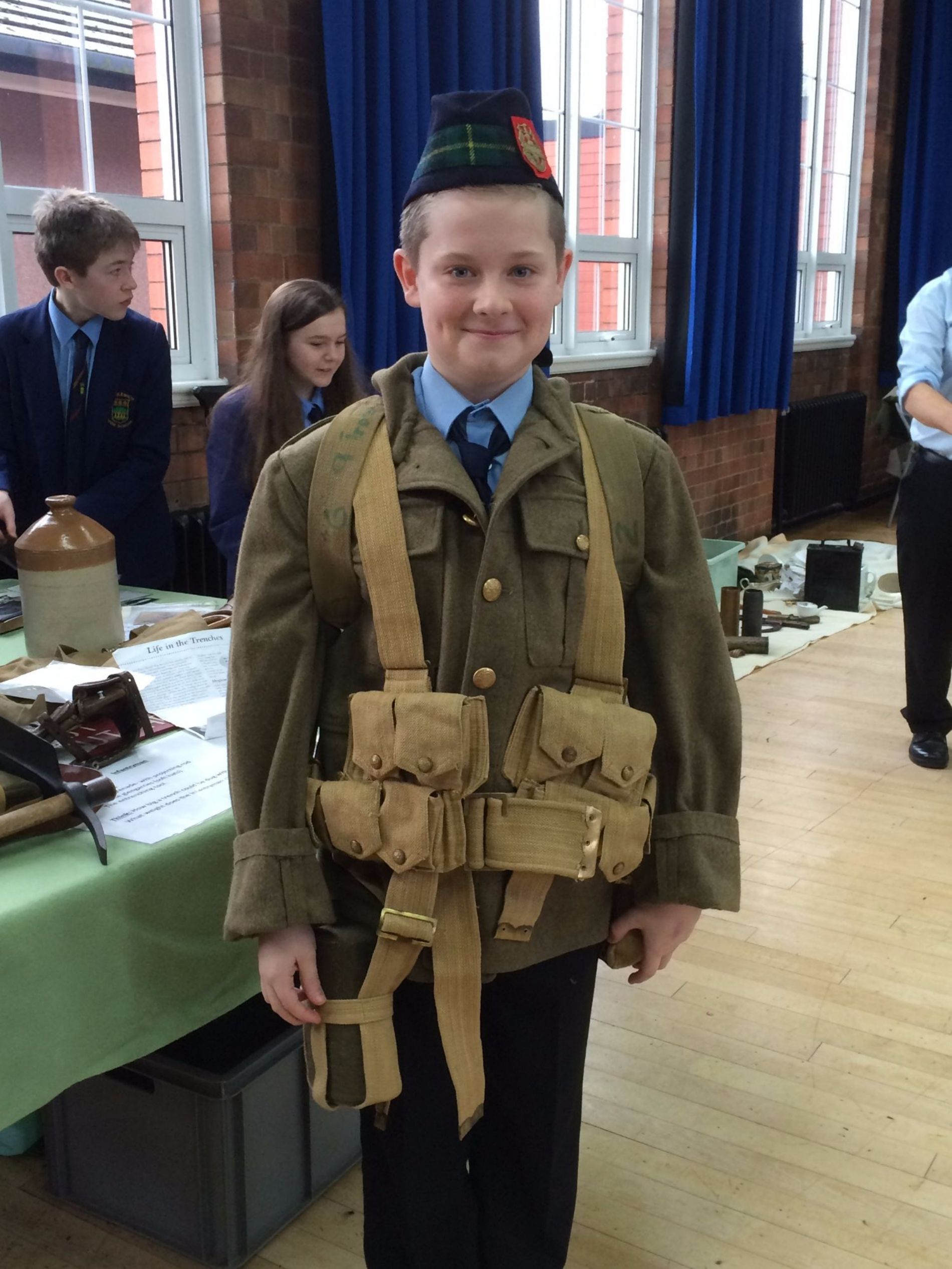