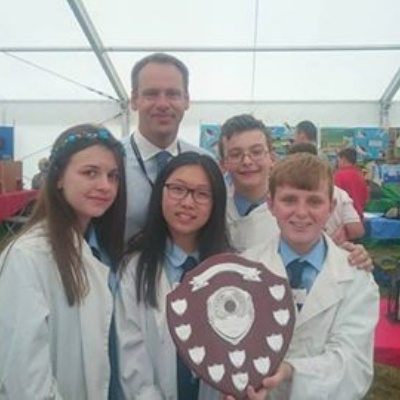 Once again in a record-breaking run, we were invited to run a stand in the Education tent (School’s Out) at the show.

Once again in a record-breaking run, we were invited to run a stand in the Education tent (School’s Out) at the show.  On both days we took a group of students and offered Science, Maths and ICT activities to the General Public, with the intention that all those activities be interactive and that our students would be the ambassadors for our school.  Our activities ranged from scientific tests on food,  through to demonstrating the power of  the new BBC Microbit computers, and on to mathematical origami and calculating how long it would take to count the population of our planet out loud! We are delighted to say that our students were amazing ambassadors and we had members of the Public approaching our staff to congratulate us on the politeness, enthusiasm, knowledge and social interactive skills of our students.  Serena Jerham , Jack Carling and Max Beesley were particularly cited by the Public but all our students were a credit to our school exemplary in manner and dress. 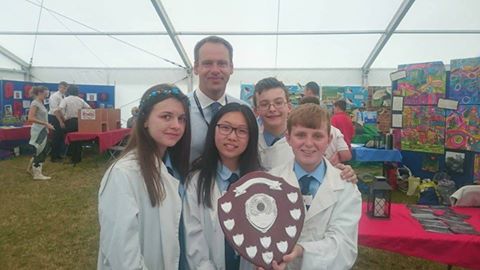 On the Tuesday we were delighted to win the ‘Best in Marquee’ award, a plaque which we have now won on no less than four previous occasions, but this was dwarfed by the award we received on the Wednesday.  Following a visit to our marquee from the Show President and Chairman, our marquee was awarded the ‘best marquee’ trophy (an impressive cup) for the first time in the long history of the Show.  The cup itself is from the 1880s and appropriately has inscribed on it text that commemorates when the show was originally held in Middlewich, so it really was a case of the cup returning to its natural home!  Needless to say the organisers of our Marquee were delighted with the award and we look forward to returning to the show next year. 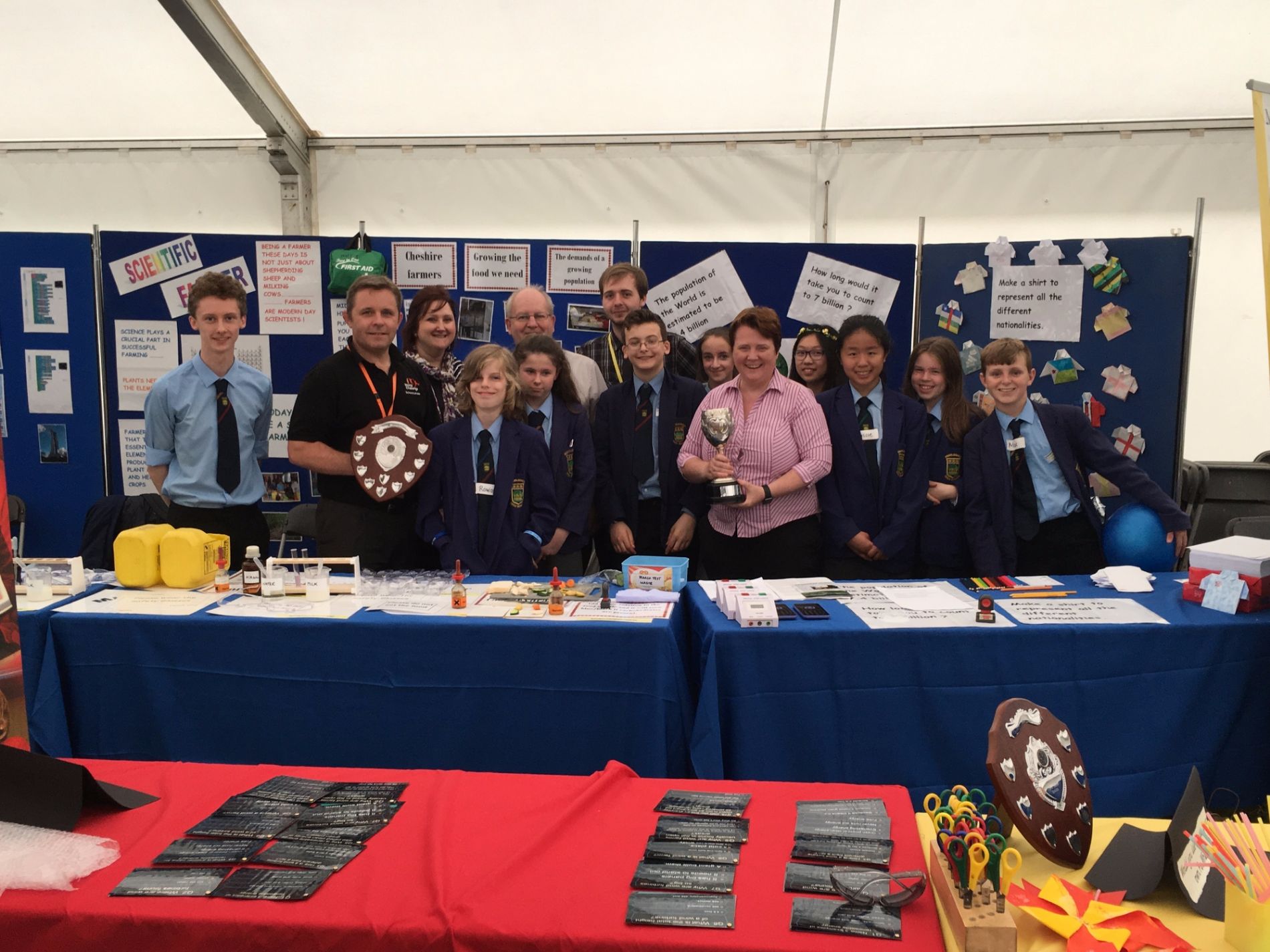