The WWI workshops held at MHS on 10th-12th September were a huge success!

This week, on Wednesday 10th sept, Thursday 11th, and Friday 12th, the History department had year 6 pupils (from local primary schools: Middlewich, St Mary’s, Cledford, Wimboldsley, Warmingham and Byley) coming into Middlewich High School to take part in a World War One artefacts and re-enactment/ drama workshop as part of the Middlewich Centenary Commemoration festival. The workshops are being funded by money from the Heritage Lottery fund through Middlewich Town Council, but we've organised everything and set it up. Some Year 10 pupils have helped out too (It’s important that in any coverage it’s mentioned that the Heritage Lottery Fund funded it and that Middlewich Town Council allocated the funding in some way).

The re-enactment workshops were led by Jason King, who is an expert in WWI and is a WWI artefacts collector.  The story was about soldiers who were drafted or volunteered into the war, and the students dressed up in clothing from that period to help them imagine the traumatic experiences of soldiers in the war. Our Head of the History Department, Caroline Beechener, said: “The workshops have been a great way for children to learn about the First World War through hands on experience and interaction. It has been a privilege for so many children in the community to have had this opportunity.”

Also as a part of the Middlewich Centenary Commemoration festival, some of our year 10 students are performing in a drama production about WWI in the Middlewich Civil Hall on 4th and 5th October, 2014. 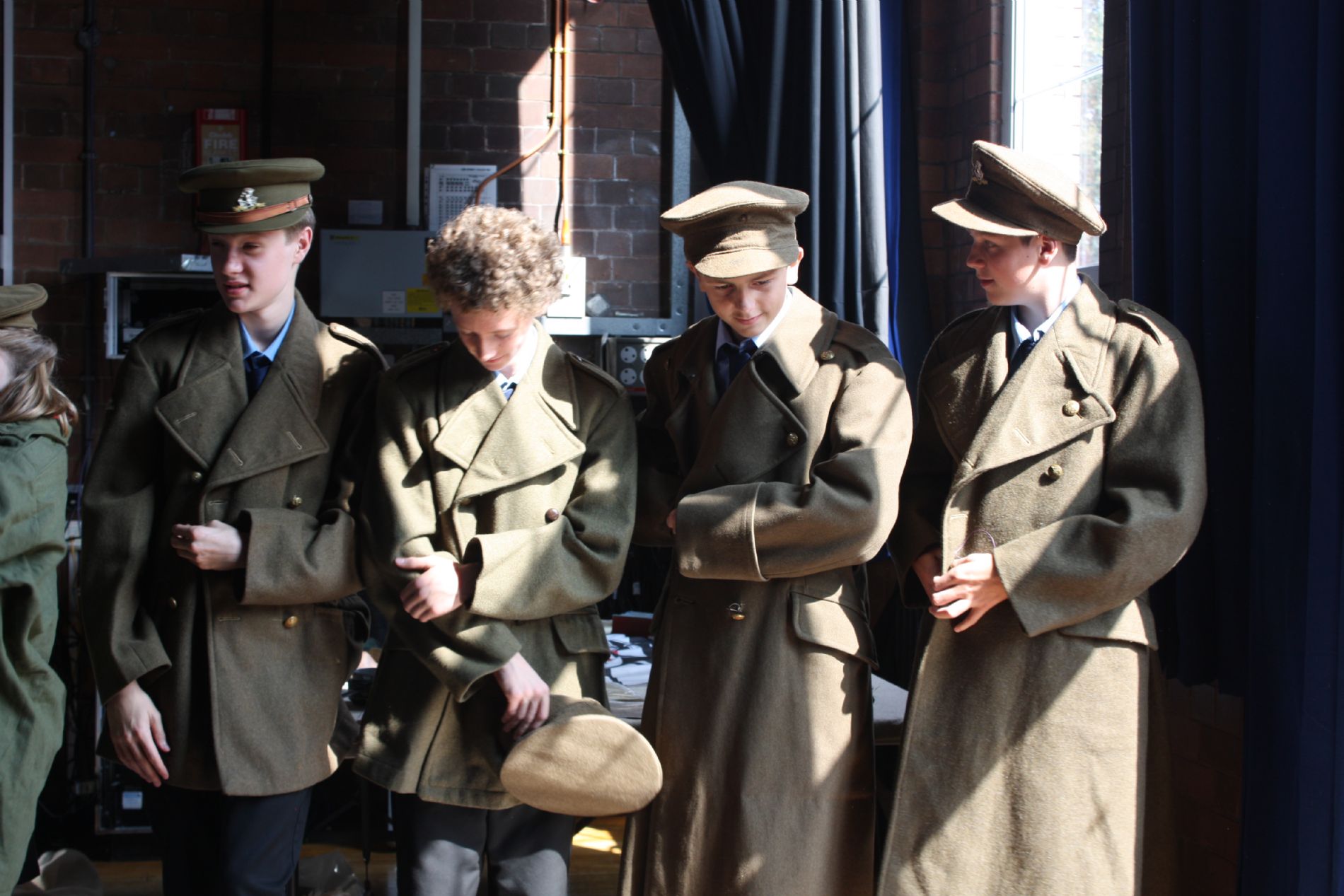