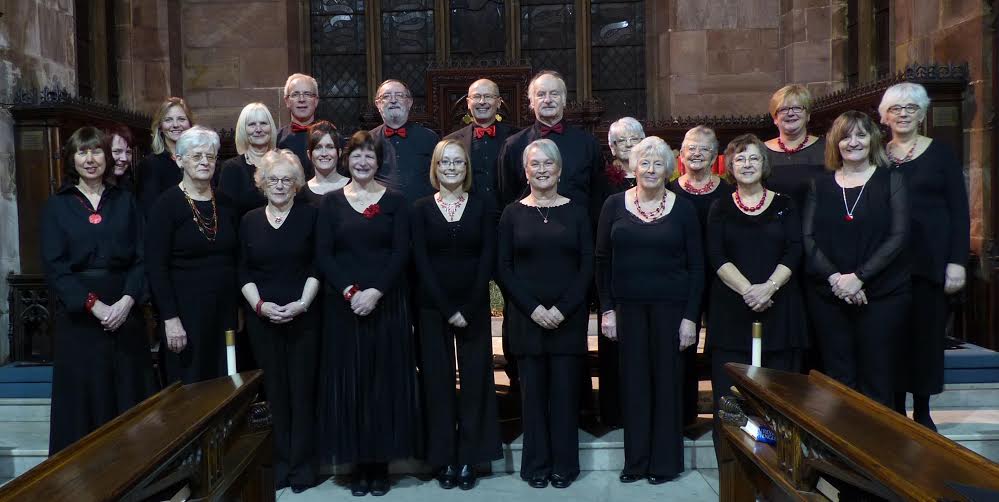 Sandbach Voices performed excerpts from The Messiah, along with soloists from the RNCM, and the MHS Community Choir sang a varied selection of traditional Christmas carols, including Deck The Hall, Peter Warlock’s Benedicamus Domino, the Welsh carol – Tua Bethlem Dref, Coventry Carol, In Dulci Jubilo and closing with We Wish You A Merry Christmas.

Both choirs then came together to bring the concert to a close with a terrific performance of Handel’s “Hallelujah Chorus”.

All the performances were very well received by an appreciative audience, and we had some very complementary comments after the concert.

Our next appearance is at the Community Carol Service at St. Michael’s, Middlewich on Thursday 18th December at 7.00pm, and our last performance of 2014 will be at The Chimney House Hotel, Sandbach on 23rd December, when we will be greeting and entertaining a tour group who are booked into the hotel for the Christmas period.