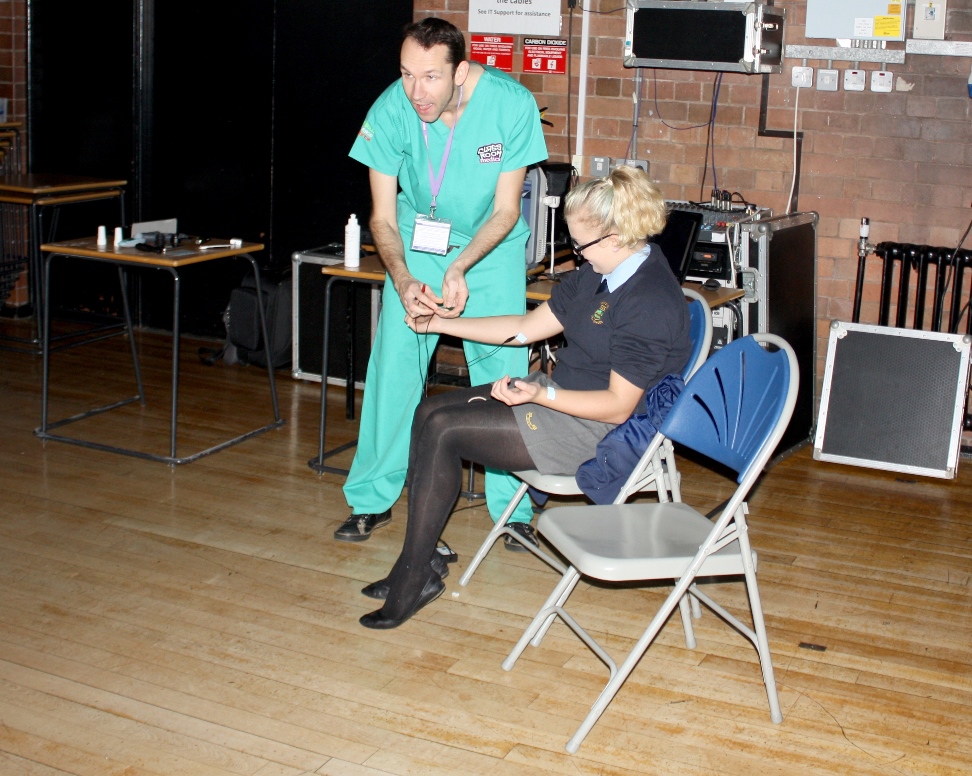 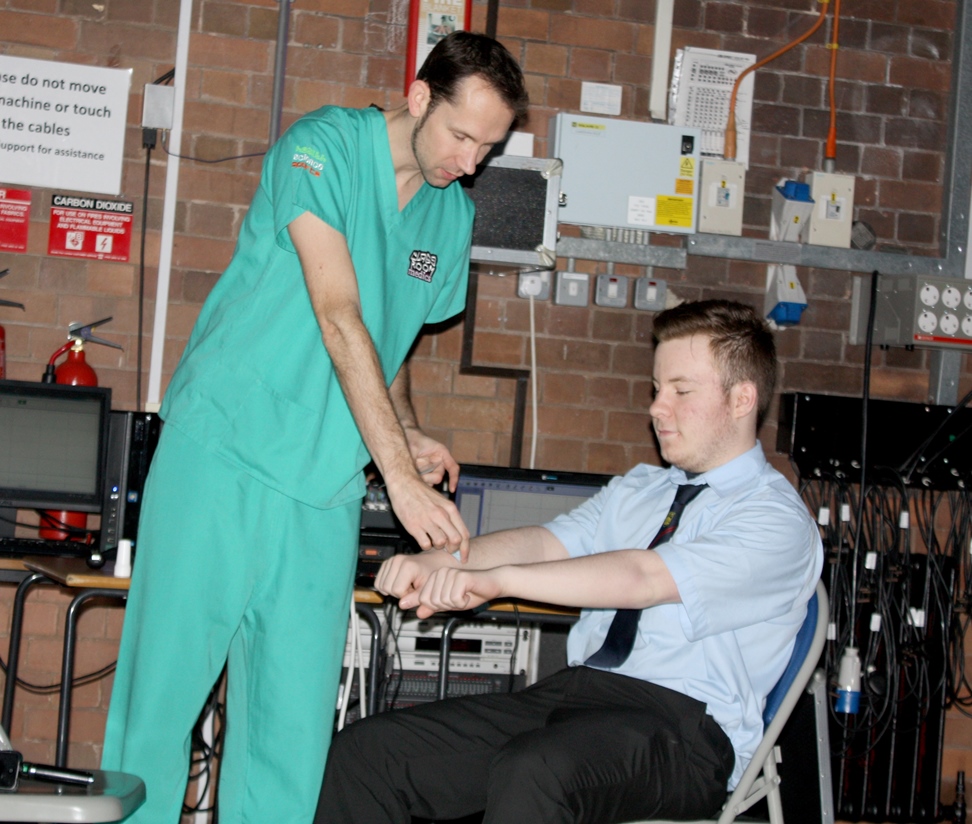 On Friday the 12th of December, we were took by surprise when we were told that we were doing something special.  When we found out that someone from Classroom Medics had come in to inform us about all 40 medical jobs, we were eager for it to start.  The man who was rightfully named "The Human Guinea Pig" had brought in some testing equipment and was in need of a few volunteers.

Firstly, he used a pacemaker to record the pace of Lucy Croucher's heart.  And as "The Human Guinea Pig" explained to us, Lucy had a healthy heart and showed us what an unhealthy heart would look like.

The next test was when the ultrasound machine was used to show us the insides of Will Lloyd-Barber's finger, which was pretty disgusting!

The final test carried out by The Human Guinea Pig was with the Spirometer.  In this test we were able to see the capacity of both of Eaun Diezel's lungs and how efficient he was at releasing his breath.

Overall it was a fantastic experience for all and we'd all do it again in a heartbeat.  We hope that we can be lucky enough for The Human Guinea Pig to visit again sometime soon!

By Adam McCollom and Cameron Rooney